A downloadable game for Windows

Buy Now$9.99 USD or more
W!LiB! is an interactive psychological thriller about suicides with a touch of black humor. Playing the game is like watching a spine-tingling film or TV show where the viewer is immersed in the main character’s tense mental state.

HIS NAME IS WILL, AND THIS IS THE STORY OF HIS LIFE

The story revolves around a young man, an ordinary office clerk. He’s an everyman, not a hero or a wizard. As we watch him, we lose ourselves in his emotional state. He’s exhausted by the monotony of life and hounded by thoughts about the meaninglessness of existence.

To hell with it all! It's time for a change!

Abandoning his monotonous and meaningless office job, Will tries to imbue his life with new meaning by saving people who have given up all hope of finding it themselves. Every night he goes to a bridge beloved by suicide victims, hoping to save as many lives as possible.

It isn't just the name of the game. The main character speaks this fateful phrase every time he tries to strike up a conversation with another visitor to the bridge. Every story is unique — you’ll have to learn to cope with unpredictable reactions. Just remember that you can't save everyone.

THE RIGHT TO DIE

While hoping to save as many lives as possible, Will encounters an unexpected opposing force: a group of “freedom of choice” activists led by a spiritual guru are actively campaigning for a person’s right to commit suicide. Will the main character be able to resist them?

You can't live on happiness alone! Having lost his regular income, Will has to borrow money from his parents. However, he isn't completely dependent on them because he occasionally manages to get “tips” from the grateful people he’s saved and their family members or bribes from those who want to rid themselves of an unexpected savior.

When it comes to mass deaths, anyone can become a suspect. Will has to explain himself to the police on more than one occasion. Why was he the last person to see these people alive before they committed suicide?

The psyche is a fragile thing. Needless to say, you can't talk to suicidal people every day without letting it get to you. Will eventually starts having psychedelic dreams that give rise to the sensation of an approaching mental breakdown and the protagonist’s fear of it.

WHERE WILL IT ALL END?

Like every interactive film, Wait! Life is Beautiful! has multiple endings. Some of them may seem like an obvious development of the narrative, but others will shock you and subvert your expectations. How will the story end? It’s all up to you.

In order to download this game you must purchase it at or above the minimum price of $9.99 USD. You will get access to the following files:

Thank you for the nice words! :) 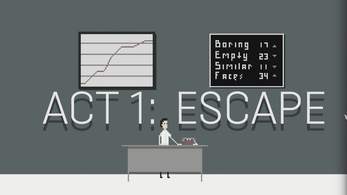 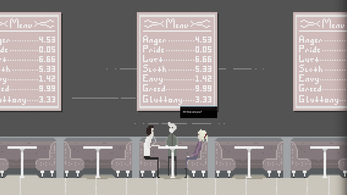